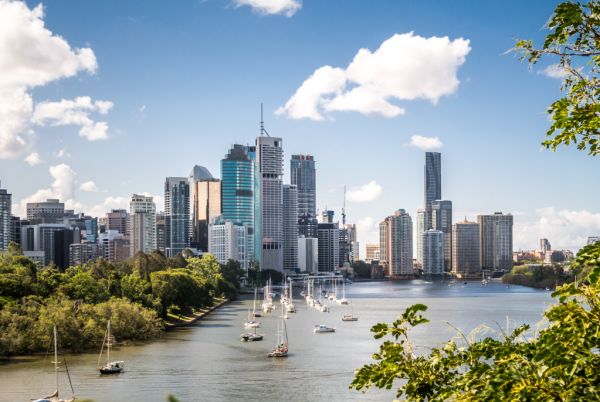 The Brisbane 2032 Summer Olympics could fuel the biggest real estate renaissance in the city’s history, with industry experts predicting a gilded decade of property price growth that will push the median house price past the million-dollar mark and see key infrastructure suburbs soar.

Houses and units in a 10-kilometre radius of the CBD – including Hamilton (where the Olympic village will be built), Tennyson (which will house the tennis), Chandler (which will host the gymnastics) and Woolloongabba (home to The Gabba Stadium) have all been tipped to bring home the gold, with buyer appetite already rising.

Across that red-hot eastern corridor, property punters reported some anecdotal price hikes of up to 30 per cent in the second half of 2021 – with houses across the Brisbane east region collecting a 7.1 per cent quarterly median price hike to $706,709, according to the Domain September House Price Report.

“The name power of the Olympics is enormous and there is real data (that shows that),” said Ray White Queensland CEO Jason Andrew.

“In worldwide real estate searches, Brisbane and the Gold Coast were recently rated among the top (cities), so we are already being seen as a worldwide city and we are just about to see the floodgates open (once international borders re-open).

“In 2020 we were a $52 million property market (across Queensland) and now (at the end of 2021) it’s an $88 million market … so we are already also seeing the astronomical increases in the Queensland market.”

While houses are predicted to bag the most gold for price growth, Mr Andrew said the city’s long-suffering unit market would likely boom, with apartments in the city centre tipped to top the tally.

“I actually believe one of the most under looked markets is Brisbane city itself and it’s a market that’s had an oversupply of vertical living … but with its proximity to universities and with the new bridge that joins Kangaroo Point and Woolloongabba that market will explode,” he said.

“Kangaroo Point is another market of vertical living, so I think investors and first-home buyers will see it as a possibility … so I’m betting on that vertical market being slammed (in the lead up to the Olympics).”

Place Estate Agents Queensland chief auctioneer, Peter Burgin, said the Games would underlie the city’s coming of age and bring more investment dollars than ever through its proverbial gates.

“People already understand it’s a great thing for the city and it’s underlying their thinking around investing in and around the inner city (in particular),” Mr Burgin said.

“I think suburbs that are related to the Games, such as Woolloongabba, are going to accelerate … and they will get greater benefits than anywhere else.

“This is definitely going to give our city something to look forward to and it’s a reminder that we’ve got a 10-year plan now and I think that gives people so much more confidence.

“There are so many powerful forces working for the Brisbane market and the Olympics are just one, so we are naturally going to close the gap between us and southern states, and then with the addition of major infrastructure – such as the Cross River Rail, Queens Wharf and the Eagle Street development, Brisbane liveability has never been better.

“Anywhere in Brisbane within five to 10 kilometres of the CBD will prove to be a good investment … and some are already at the start of their run, like Woolloongabba. It’s still undervalued to a degree … and it’s only going to improve.”

PRD chief economist, Dr Diaswati Mardiasmo, said while Brisbane had long been the little sibling to Melbourne and Sydney, COVID had slowly changed that dynamic, with the Olympics expected to officially bury the long-held sentiment that the Queensland capital was merely “a big country town”.

“COVID has really shone a light on Brisbane … and now everyone is excited about the Olympics … so I think what is going to happen is the Brisbane market will continue to grow (at a stronger rate) in comparison to Sydney and Melbourne and Hobart,” Dr Mardiasmo said.

“The inner rings (will flourish) as you’ve got a lot of infrastructure coming there … and then places like Mount Gravatt, Wishart and Indooroopilly (could see major growth). While they are not directly impacted by the Olympics, everyone knows the best schools are there and that’s their attraction.”

While Dr Mardiasmo believed the launch of Brisbane onto the global stage would indeed spell a golden age for the property market, she said the city’s still affordable median house prices would throw fuel on the growth fire.