Looking for A Real Estate Agent In Stafford ?

If you’re ready to take advantage of the recent rise in interest in Stafford and list your home for sale then contact Worth Real Estate today! We’ll be happy to help you with all aspects of selling your property from marketing through negotiation so that you can get back on track with life as soon as possible.

With a population of just over 4,000 people, the suburb has an easy-going and friendly atmosphere. It’s also close to some great local schools including St Peters Lutheran College and Stafford State School. The median house price in Stafford is $670 000 which means it’s not only a charming place to live but also an affordable option for those looking for homes on the market.

The vast majority of properties in Stafford Heights are free-standing houses. The suburb predominantly consists of modest weatherboard homes built during the 1950s and 1960s that were originally constructed on timber or concrete stumps but these days many have been converted into multi-purpose rooms for storage or living spaces by being ‘built in’ under the house. Houses located near Parton Street tend to be larger than those found elsewhere within the suburb. Stafford is predominantly a residential suburb, including some original Queenslander-style homes and significant number of post-war Queensland Housing Commission houses on quarter acre blocks built around the 1940s.

Stafford is located about 6 kilometres north of Brisbane’s CBD. Stafford is a small suburb that lies to the west of Lutwyche Road and the Kedron Brook. Stafford has traditionally had an older population however in recent years, there has been an influx of younger families. The Sparkes Hill reservoir on top of the hill holds 94 megalitres, which 16% of Brisbane’s water supply!

What Schools in Stafford?

One of the reasons that many families move to Stafford is because there are a variety of quality schools in the area. Local to Stafford are the following schools:

Due to its proximity to Stafford Rd and Lutwyche/Gympie Rd, Stafford is close to a lot of transport, most notably the bus routes.  All Brisbane transport routes that’s listed below are all the nearby bus station and  is making it easy to get where you need to go:

Food and Entertainment in Stafford

Stafford is close to many high-quality and well known bars, restaurants, and pubs which include:

As one of the most popular recreation areas in Brisbane,  Stafford  offers residents a beautiful place to be outdoors enjoying Brisbane’s famous weather. Parks include:

About Worth Real Estate

Selling your home can be stressful. You want to get the most money you can and sell it as quickly as possible, but that’s not always easy.

There are a lot of people out there who will try to take advantage of you during this process. It’s important to have someone on your side who is looking out for your best interests, especially if this isn’t something you do often. We are here for you every step of the way! Our agents know how much time and effort goes into selling a house, so we make sure that each client gets personal attention throughout the entire process from start to finish. We won’t just list your home; we will help guide it through every stage until it sells or becomes yours forever!

To learn more about how Worth Real Estate Agents can assist you in selling your home in Stafford call (07) 3260 5505 today.

Want to know how much your home is worth? 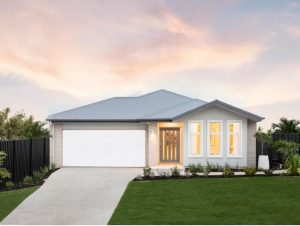 The market may appear daunting, but there are plenty of reasons to get amongst it — not least impressive incentives and the chance to .....