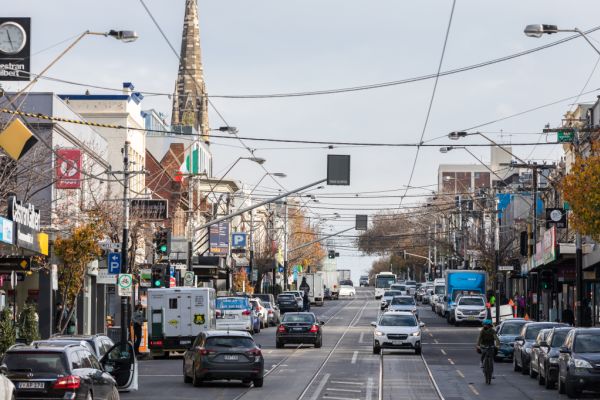 The official interest rate remains at a record low of 0.10 per cent, with the arrival of the new COVID-19 variant Omicron on Australian shores dampening some of the optimism around the economy’s strong rebound.

At its final meeting of the year on Tuesday, the Reserve Bank of Australia announced it would be keeping the cash rate target at the same level for the 13th consecutive month.

While a number of economists were forecasting a hike from the rock-bottom rate of 0.10 per cent by as early as the third quarter of 2022, now many believe that will be pushed back to 2023 or even further out to the RBA’s original plan of 2024.

“The emergence of the Omicron variant is now presenting another downside risk to the economy,” said Besa Deda, chief economist of Westpac Business Bank and secretary of the Australian Business Economists’ Association. “We don’t know enough about it yet, but it makes it now more appropriate for the RBA to stick to its timetable.

“We don’t expect rates to rise now until early 2023 but if this variant leads to an acceleration in hospitalisations and prolonged lockdowns, then next year’s growth rate could be clipped.”

Latest Australian Bureau of Statistics figures showed that the gross domestic product fell 1.9 per cent in the September quarter, which was much less than was feared despite the lockdowns in NSW, Victoria and the ACT, and was only 0.2 per cent below the pre-pandemic December quarter in 2019.

Domestic demand drove part of that growth, while exports of mining and rural commodities rose, reflecting global demand for coal, LNG and meat products, and imports fell as a result of continued global supply constraints and decreased demand for imported goods.

“Consumer confidence has also risen and our economic recovery is underway, showing how resilient our economy is,” Ms Deda said. “We expect the labour market to recover over the next year, the share market is elevated and house prices will continue to rise.

“The monthly growth rate is easing, and we expect that to continue as long as the RBA keeps interest rates the same. There are a lot of reasons to be optimistic but the downside is Omicron and whether that might alter the current efficacy of the vaccines.”

In lockdown-plagued Melbourne, however, fears over the new variant are failing to affect the housing market, said Real Estate Institute of Victoria president Adam Docking. The sales industry pivoted extremely successfully to the online viewing and purchasing of property, and buyers switched their behaviour too, so now no one’s fazed by Omicron.

“From a property point of view, we’re gotten used to COVID and while it’s not a minor issue, we’ve worked out ways that it doesn’t throw anyone thinking of selling or buying homes. Melbourne has adapted,” Mr Hocking said.

“We didn’t expect any movement yet on interest rates from the RBA and we expect them to be fairly stable for the foreseeable future, which is important as people can plan. Buying a property is a massive emotional rollercoaster and if we add in certainty over one factor, like the RBA rate, then that really helps.”

Real Estate Buyers Agents Association of Australia (REBAA) president Cate Bakos said she also didn’t expect the RBA to raise its rate soon. With the strength of the economic rebound, no one wanted to put that in any jeopardy, she said.

“And especially with the prospect of a Federal election, none of the politicians want to see anything that could wobble the market,” she said. “While housing prices have been increasing rapidly, there’s now a lot of evidence that the rate of price growth is slowing down anyway.

“We’ve had our buffer rates increased by 50 basis points [by the Australian Prudential Regulation Authority] which wasn’t brutal and, combined with the lift in listings on the market, which means that demand is no longer much higher than supply, that’s softened things a little bit too. We now have a buyer’s advantage which makes it easier.”

While all the economic indicators are proving very positive, Stephen Koukoulas, managing director of Market Economics, said the RBA would be watching  the latest developments in Omicron very closely.

“It’s interesting that factors from other areas like epidemiology and vaccination rates are now as important as hard economic data,” Mr Koukoulas said. “Although the outlook is good for 2022 with the capex rate strong, good retail sales and very strong job vacancy figures, there’s always this caveat of the virus.

“We know that the RBA is going to be flexible and have to adapt any rises to what might be happening with the intensity of Omicron and its impact. But I’m still an optimist, and I think the economic recovery is so strong, I’d be surprised if we didn’t see a couple of tweaks – or the flagging of tweaks – by this time next year.”