Housing boom to slow next year before prices slip in 2023 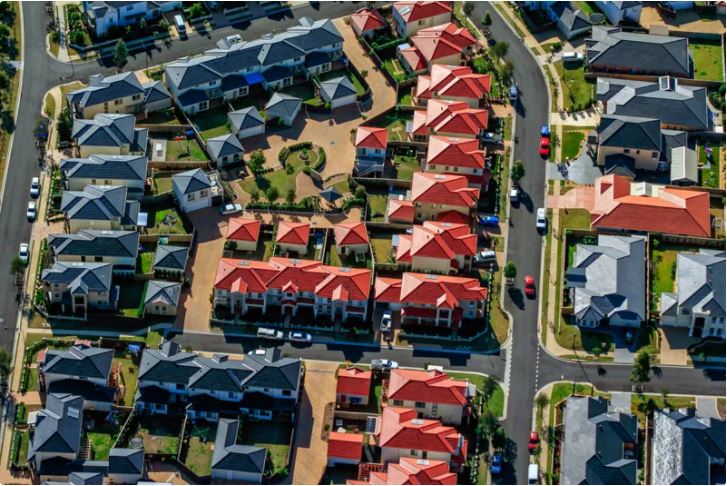 Housing boom to slow next year before prices slip in 2023

Australia’s property price boom is set to slow down next year before prices slip in 2023, leading economists predict.

The massive 20%-plus gains in median prices recorded across 2021 are not expected to be repeated next year, with analysts forecasting a drop back to single-digit growth.

Economists at three of the four big banks now predict a drop in 2023, with the Commonwealth Bank of Australia also expecting interest rate rises that will lead to an “orderly correction” in home values of about 10%.

PropTrack director of economic research Cameron Kusher said while prices are continuing to rise, they are doing so at a slower pace.

“The market is still rising at a rapid pace but that pace of growth has decelerated,” Mr Kusher said.

What the major banks are predicting

Economists at CBA, the nation’s largest mortgage lender, said the “phenomenal lift” in prices is not over just yet given dwelling prices are still on the up in most capital cities, but conditions are expected to moderate from here.

“The Australian housing market is in the twilight of an incredible boom that has been fuelled by record-low mortgage rates,” CBA head of Australian economics Gareth Aird said.

“Australian dwelling price growth is forecast to moderate over the first half of 2022 on higher fixed mortgage rates, affordability constraints and natural fatigue after a period of extraordinary price gains.”

ANZ senior economists Felicity Emmett and Adelaide Timbrell said house price growth looks likely to peak in November or December 2021 at just above 21% for the year, which would be the strongest recorded since the late-1980s boom.

“But a slowdown is in sight, with tighter credit, rising fixed mortgage rates and a large increase in stock on the market combined with decreased affordability all set to dampen price growth in 2022,” they said in a report.

“In 2023, we see prices falling modestly as higher fixed rates really start to bite,” they added, forecasting a decline of about 4% that year.

Westpac economists expect the housing market will enter a correction phase in 2023 as official interest rates rise, tipping prices will fall by 5%.

Economists at CBA and Westpac expect Australian dwelling prices to rise by 22% this year, while National Australia Bank forecasts 22.7% growth. The major banks’ forecasts for 2022 range from 4.9% to 8% growth.

Mr Kusher said the rate of growth in property prices could slow to somewhere between 5% and 9% nationally next year.

He noted the Australian Prudential Regulation Authority and the Reserve Bank of Australia were closely watching the growth in housing credit.

“Price growth has already started to slow but I think the RBA and APRA would have very little tolerance for an acceleration in credit growth which would lead to faster price growth and they would introduce macroprudential curbs fairly quickly were it to happen,” Mr Kusher said.

Mr Kusher agreed price falls were possible in 2023, although a lot could change between now and then.

“With a rapid deceleration in price growth expected in 2022 it is reasonable to expect that could end up resulting in price falls in 2023,” he said.

Mr Kusher said national property prices have risen by more than 20% over the past year, and are up 25% in the regions, but the monthly rate of growth has slowed in recent months.

“The strong uplift in prices has been driven by record-low mortgage rates and people dedicating more of their income to housing, however we believe it is running its course,” he said.

A lack of stock for sale also contributed to the rapid increase in property prices.

“There was also a big increase in demand for properties since the pandemic hit and rates were cut, but there wasn’t a commensurate lift in supply with ongoing lockdowns making vendors less willing to bring their properties to the market,” Mr Kusher said.

The end of COVID-19 lockdowns and the return of inspections and on-site auctions had boosted vendor confidence.

“Given coming into and out of lockdowns has constantly paused and then restarted the market, the fact that lockdowns look unlikely from here means that we should see an increased preparedness of vendors to list their homes for sale,” Mr Kusher said.

“A better balance between supply and demand would also likely mean a slower rate of price growth,” he added.

New listings of properties for sale on realestate.com.au surged in October, with homes selling at record speed.

“Sentiment now clearly points to moderating demand from owner occupiers due to affordability pressures, while investor activity is now clearly lifting, which presents upside potential for house prices in the near term if this continues.”

Mr Aird said fixed mortgage rate hikes by a number of lenders, as well as APRA’s move to increase the interest rate serviceability buffer on home loans, will exert a cooling influence on the “red hot” market.

He noted the share of new lending that has been fixed over the pandemic has been a lot larger than usual because fixed rates have generally been lower than standard variable rates.

“The increase therefore in the interest rates on fixed rate mortgages will have a larger than usual cooling influence on the demand for credit,” Mr Aird said.

Mr Aird said given the lift in fixed rates, CBA now believed there would be no further macroprudential policy changes.

“A further tightening in macroprudential policy looks unlikely in our view given higher fixed mortgage rates will deliver APRA the desired cooling in the market,” he said.

APRA last month told banks to lift the minimum interest rate buffer they use when assessing whether borrowers could still meet their repayments if rates rise to at least three percentage points above the loan interest rate, up from 2.5% previously.

Mr Kusher said the tightening of serviceability buffers will reduce maximum borrowing capacity by about 5% and mean some borderline loan applicants may not be able to take out a mortgage.

“In this sense it does represent a tightening of credit availability but it was fairly light touch,” he said.

“I believe that price growth will slow from here without the need for further macroprudential intervention, however, if I am wrong I wouldn’t be surprised to see APRA look at either a further tightening of serviceability and/or debt-to-income limits on new mortgages.”

Mr Kusher did not believe fixed rate borrowing increases would be a factor in cooling the housing market, noting the rise did not impact borrowers currently on fixed rates or those with variable rates.

“While many people have taken out fixed rates over the past two years – this is due to their low rates – historically borrowers have preferred variable rates and these have continued to fall,” Mr Kusher said.

“Given this I suspect a significant majority of new borrowers will revert to cheaper variable rate mortgages.

“The rise in fixed rates does however indicate the lift in longer-term yields and indicates an expectation of future interest rate rises, which borrowers should be aware of, but in terms of price growth over the coming year these changes are likely to have a negligible impact.”

Ms Emmett and Ms Timbrell said the market may do some of APRA’s work for it.

“The rise in fixed mortgage rates over the past few weeks, alongside an increase in new listings, may see lending slow enough to obviate the need for further macroprudential measures,” they said.

RBA rate rise will be key for prices

Ms Emmett and Ms Timbrell said interest rates will be key to what happens to housing prices.

“While affordability constraints and a better supply-demand balance will help slow the market, the path of interest rates will be critical to developments in the housing sector,” they said.

The RBA has opened the door to an earlier rate rise, although governor Philip Lowe still maintains 2024 is the most likely time frame for the central bank to lift the cash rate from a record low 0.1%.

Mr Lowe said the latest data and forecasts do not warrant an increase in the cash rate in 2022.

“It is still plausible that the first increase in the cash rate will not be before 2024,” he said on 16 November.

But Mr Aird said CBA expected the RBA to start lifting the cash rate in November 2022.

“A gradual and shallow RBA tightening cycle that takes the cash rate to 1.25% by the third quarter 2023 lies at the heart of our expectation that home prices will contract over 2023,” he said.

Mr Kusher said there was very little chance of a rate hike in 2022.

“I am happy to take the RBA at its word that it won’t be until 2024 but I think if the economic recovery is faster that could be brought forward to 2023,” he said.