How much could borrowers save on their home loan when interest rates rise by making extra repayments now? 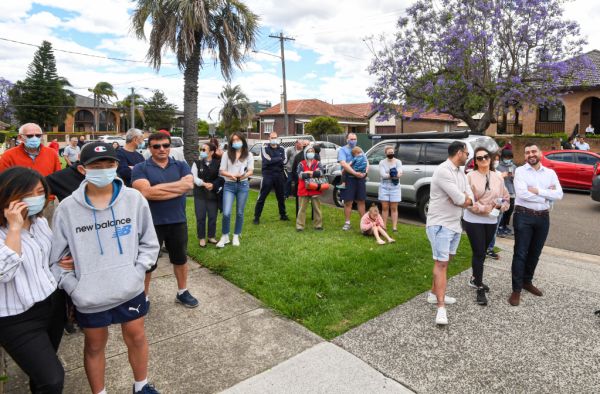 How much could borrowers save on their home loan when interest rates rise by making extra repayments now?

Home borrowers facing the prospect of higher interest rates could cut their future repayments by paying off more now, with new figures revealing the savings on offer.

Fixed mortgage rates have already started to rise from their historical lows as the Reserve Bank unwinds its emergency stimulus measures. While the central bank expects to be patient on any change to the cash rate, economists are tipping a slightly faster increase.

Borrowers have flocked to cheap two or three-year fixed-rate loans, which leave customers paying a higher revert rate when the term expires unless they refinance – likely to be at a higher cost anyway.

For a borrower who takes out a $500,000 loan now, on the average two-year fixed rate of 2.32 per cent, repayments would be $1929 a month, modelling by comparison platform Canstar found.

“It doesn’t look that startling, but it is,” Canstar group executive of financial services Steve Mickenbecker said, noting the saving is for every month for the 28 years remaining on the loan.

“Fifty-six dollars a month doesn’t sound so life-changing, but over the life of the loan, it does make a big difference.”

Many borrowers have never been in a rising interest rate environment and could get a shock once the cash rate increases, he said, but those who have built up a buffer may be able to use redraw or offset facilities to help meet higher repayments later if times get tough.

Without forecasting the likely path of future interest rates, the revert rate of 3.35 per cent in this hypothetical could offer a rough guide to the kinds of cheap deals that might be on offer in two years, especially for someone planning to fix again, he said.

So, adjusting to extra repayments now offers the benefit of lower costs in future.

“It’s very similar to what you’ll be asked to do in two years’ time,” he said. “But doing it now puts you ahead.”

Many fixed loans allow borrowers to make a capped amount of extra repayments, but the limit can vary between lenders.

It comes as bank economists have been warning of a slowdown in house price growth as affordability constraints start to bite, more homes are listed for sale, and repayments start to get more expensive.

Westpac on Tuesday warned of early signs of a moderation for housing, with its key Westpac-Melbourne Institute survey finding a fall in consumer expectations for house prices, albeit still at high levels. Its measure on whether now is a good time to buy a dwelling is down heavily compared to a year ago, signalling poor affordability, although up a touch since August.

“I keep telling them, if we look historically, interest rates have never been lower,” he said.

Nonetheless, he is in conversations with customers about their repayments if interest rates rose three percentage points, in line with the bank regulator’s requirement that banks allow a buffer for future rate rises.

He said it is still quite common for buyers to want to borrow their maximum amount, especially first-home buyers.

“I tell them, just remember you’ve still got to eat,” he said. “Try to have some money left in the bank when you borrow.

“I’m always trying to talk people off that precipice.”

Although borrowers had been concerned about rising rates and whether they would qualify with new rules making it harder to get a loan, he said the 3 per cent buffer was offering peace of mind.

Some first-home buyers are still stretching themselves and wanting to get pre-approval for their maximum budget, he said.