How much does a house deposit cost compared to the average wage? 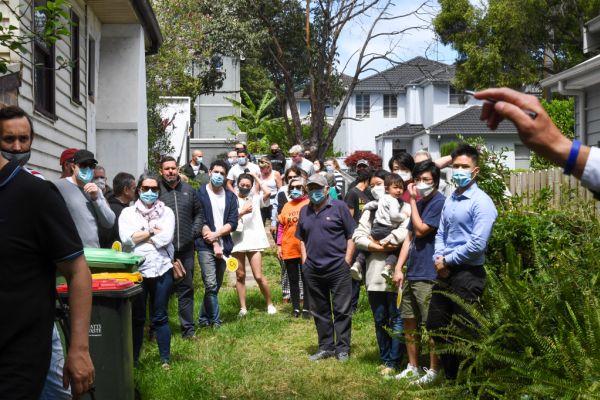 How much does a house deposit cost compared to the average wage?

Home buyers looking to get into Australia’s pricey property market would need to save more than a year’s pay to scrape together a deposit on a house in any capital city, with deposits in some locations costing up to three times annual incomes.

Even to purchase an apartment, buyers would need more than a year’s pay in expensive capitals and close to a year of income in more affordable cities.

Buyers are now being pushed harder towards government assistance schemes or the Bank of Mum and Dad to get into the property market sooner, exper

That is more than triple the average yearly wage in NSW, which is $91,743.60 for full-time workers, according to the latest Australian Bureau of Statistics figures.

Economists say the road to property ownership has become much harder to travel, particularly over the past two years when prices have boomed as Australians have been stuck at home during the coronavirus pandemic and taking advantage of cheap debt to bid for more spacious accommodation.

Figures last week showed that, even though wage growth has picked up slightly, it remains far below the pace of house price growth.

“The deterioration of affordability has been quite noticeable over the past 12 months but it’s been building on top of what’s been happening since 2017,” AMP Capital chief economist Shane Oliver said.

So much financial pressure is being added to buyers, particularly first-time buyers, that Australia could soon have a property market that only the privileged few are able to get into, with help from the Bank of Mum and Dad.

“If you’re lucky, you have a good Bank of Mum and Dad you can borrow from, or get a gift, but it’s not entirely fair to think that is the solution.”

While schemes like the Federal Government’s First Home Loan Deposit

Scheme allowed buyers to get a mortgage with a 5 per cent deposit, they were still left with an “enormous amount of debt” and a longer time to pay it off.

Buyers agents say buyers are now more reliant on help from their parents, or are going back to the banks to ask for more money while interest rates remain so low.

Aus Property Professionals director and buyers agent Lloyd Edge said Sydney buyers were asking parents to act as guarantors on loans, to use the property equity which they had built over some years.

“Some people are moving back in with their parents – and that includes couples with young children who are moving back home – to allow them to save for a deposit,” Mr Edge said.

It was no surprise, he said given the amount of money needed to buy a property in today’s market.

“Back in the 1980s buying a house was around four times the average wage, now it’s around 12 times,” Mr Edge said, referring to Sydney housing.

In Melbourne, buyers were going back to banks or to mortgage brokers to see if they could qualify for a larger loan, Buyer’s agent Wendy Chamberlain said.

But it could also backfire, with the Australian Prudential Regulation Authority changes to loan assessments meaning some people were now not able to borrow as much, she said.

Others were going to the Bank of Mum and Dad to get a cash gift to help buy a home.

“They go bank guarantor, or they can get an advance on their inheritance to get into the market – they’re the lucky ones,” Ms Chamberlain said.