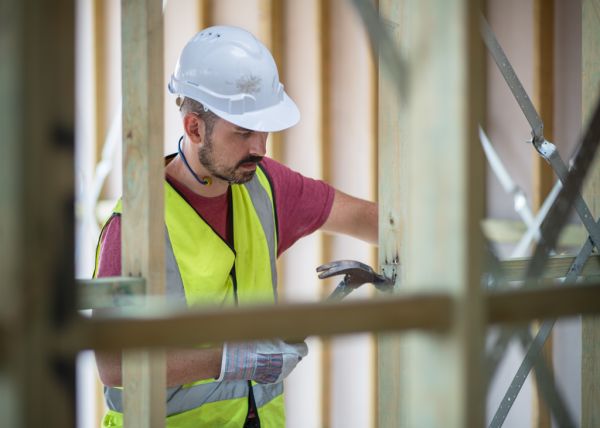 More of Australia’s low-income earners could have a roof over their heads under a new proposal to fund and build more social housing.

Up to 3000 houses could be built every year from the profits of a $20 billion investment by the federal government in a social housing future fund, under a plan put forward by think tank the Grattan Institute on Monday.

The plan would help to ensure future generations had access to social housing, rather than the alternative of sleeping rough or living in overcrowded homes, Grattan Institute’s economic program policy director Brendan Coates said.

The social housing fund could be set up similarly to the six others paid for by federal government investments, including those for public service superannuation entitlements and medical research.

The profits from the fund, estimated to be 4 to 5 per cent after inflation, would be used to build new social homes, Mr Coates said.

While it would cost $20 billion to fund, the costs to the federal government would be a “modest” $400 million a year on interest repayments on debt of that size, which equates to less than 0.1 per cent of government spending each year. Managed by the Future Fund Board of Guardians, he said that the investment returns would generally be higher than the interest costs.

More social housing would actually reduce other costs to governments related to homelessness, including ongoing emergency healthcare and crime, he said.

This fund was urgently needed, with Australia’s 430,000 social housing properties stagnating over the past two decades, while the population had grown by 33 per cent.

Separate research from the University of NSW and Australian Council of Social Service (ACOSS) also released on Monday showed how long the waiting lists had become, especially over the coronavirus pandemic.

The research showed that there were currently 155,000 households on social housing waiting lists, with more than 400,000 low-income earning households in need of affordable housing.

Even though Victoria, Queensland, Tasmania and Western Australia were investing $10 billion in social housing over the next few years, it would account for just 23,000 new homes, falling well short of what is needed.

“The situation for those on the waiting list for social housing feels increasingly hopeless, as individuals and families struggle to keep a roof over their heads in the face of rising private market rents or are forced to stay in circumstances that are not healthy or safe,” ACOSS chief executive Cassandra Goldie said.

The federal and state governments needed to do more to meet the current and future need, Dr Goldie said.

While the need for social housing was put into stark relief, figures last week from the Australian Housing and Urban Research Institute (AHURI) also painted a grim picture.

Between 1.5 million to 2 million Australians aged over 15, living in small towns or suburbs, are “one life-shock” away from homelessness, the research undertaken by AHURI, Launch Housing and Swinburne University showed.

The greatest number of people at risk of homelessness live in capital cities on the east coast of Australia, including Sydney and Melbourne.

“We can’t reduce homelessness by solely responding to people when they present to homelessness services; instead we have to turn off the tap upstream, as it were, by delivering preventative interventions that are tailored for specific areas,” lead researcher and Swinburne University post-doctoral research fellow Deborah Batterham said.

That included providing more social housing for those who are most vulnerable.

Mr Coates said while a social housing fund could go some way to improving outcomes for those facing homelessness, other measures were also needed to help solve the issues, including raising the Commonwealth Rent Assistance scheme by 40 per cent.

“A social housing future fund alone wouldn’t solve the housing crisis for low-income Australians, but it would give a much-needed helping hand to some of our most vulnerable citizens,” Mr Coates said.