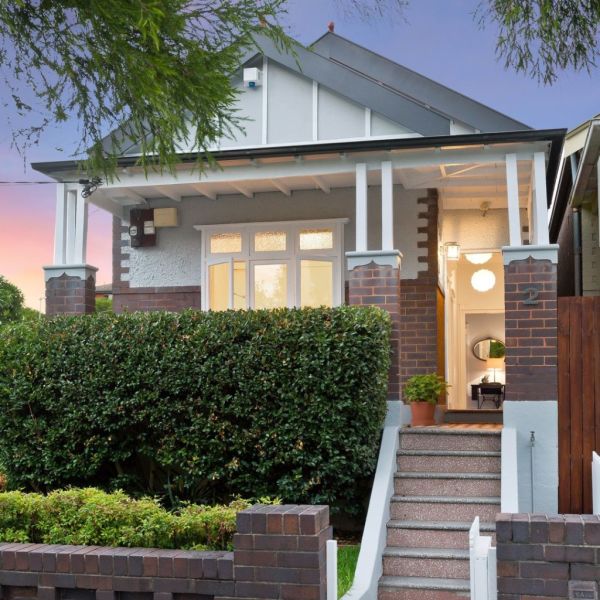 Saving for a first home has never been harder.

The Domain First Home Buyer Report, released on Wednesday, has found the time it takes a young couple to save a 20 per cent deposit for an entry-level house has blown out to record levels across the nation.

Whether you’re buying in a capital city or a regional area, the financial hurdles facing first-home buyers are confronting and have only become more difficult since the pandemic property boom.

Against a backdrop of rising living costs, low wage growth and weak savings rates, house prices rose to record levels in 2021, locking out many aspiring homeowners who could not save fast enough to keep up with the pace of growth.

Domain’s report found it now takes, on average, five years and eight months to save for a house in a capital city – that’s 11 months longer than it took a year ago.

It’s taking longer to crack the regional housing market, too. Following record price rises outside the capital cities last year, the report found it now takes three years and 10 months to save for a deposit for a house in Australia’s regions – three months longer than it took a year ago.

The report assumes buyers are aged 25-34, on an average wage and able to save 20 per cent of their post-tax income each month without receiving any other financial help. The entry-level price is based upon the 25th percentile – nationally, that price is $470,000.

Depending on where a buyer is house-hunting in Australia, the time it takes to save for a deposit can vary wildly. While the average time it takes to save for a house in a capital city is five years and eight months, in the most expensive parts of the nation – Sydney’s eastern suburbs – it can take first-home buyers 28 years and seven months to save a deposit for an entry-level house.

“Conditions have rapidly changed in most cities for entry-level buyers vying for a house,” said Domain’s chief of research and economics, Nicola Powell.

“The average wage growth in each city and interest accrued on savings have been unable to match the leap in prices. The time to save is based on a couple, so those looking to purchase on their own will find the time to save double that.”

The discrepancy between house prices and wages is nothing new. The report found that, over the past 20 years, the average annualised property growth was 6.9 per cent in the capital cities and 7.1 per cent in regional areas.

Cities like Canberra and Hobart, where house prices skyrocketed by more than 34 per cent last year, have become incredibly difficult to save for within a very short space of time. In Canberra, it now takes seven years and one month to put a deposit together, 18 months longer than it did a year ago, and in Hobart it takes five years and 10 months – 14 months longer than a year ago.

The report also found the percentage of income that Sydney and Canberra first-home buyers need to plough into their home loans has reached 34.8 per cent and 30.7 per cent, respectively.

This is significant because a household is deemed to be in mortgage stress when more than 30 per cent of its income is dedicated to mortgage repayment.

Perth is the best city for first-home buyers, with the quickest savings time at three years and seven months for an entry-level house, less than half of the time it takes in Sydney.

Encouragingly, Perth has only seen a modest increase over the past year of one month. It offers entry-buyers a much more stable environment in which to save a deposit and keep up with the property market.

Where can I buy that isn’t going to take me half my adult life to save a deposit for?

While the report is grim reading for prospective first-home buyers, not everywhere in Australia is out of reach.

Dr Powell said compromising on property type – or location – was key to gaining access to the market sooner. Units, townhouses and duplexes offered a faster alternative to getting on the ladder, as did houses further from, or outside, the big CBD locations.

“Traditionally we’ve always seen the Australian dream as the quarter-acre block in the suburbs but that’s being disrupted because of affordability issues,” she said.

“We’ve already seen that shift in mindset in Sydney and Melbourne, where affordability is not a new issue and has been impacting the market for some time now.”

Rock-bottom interest rates had helped buyers with affordability by making repayments cheaper, but only to a point, Dr Powell said.

“Low home-loan rates improve the cost of a home loan through lower interest rates but this is a double-edged sword because it drives prices upwards,” she said.

“But how we talk as a nation about what your first home is, and our expectations, needs to change. It’s not a short journey time, particularly if you’re in a big city.”

The data shows much shorter savings times for units. In Melbourne, the time it takes to save for a deposit on a unit has shrunk over the past year to four years and four months. And in Brisbane, first-home buyers aren’t taking any longer to enter the unit market than they were a year ago, even though prices have risen during that time.

There are specific areas where first-home buyers can focus their search for a unit in order to get into the market sooner.

The Springwood-Kingston area, on Brisbane’s south side, has the shortest saving time in the country. Units there take the average couple just one year and nine months to save a 20 per cent deposit. It’s closely followed by Bayswater-Bassendean, located in Perth’s north east, at one year and 10 months.

A slump in unit prices in Melbourne’s inner city, brought on by the drop in demand when international borders closed due to COVID-19, has seen the time it takes to save for a deposit on a unit there fall substantially.

Unit prices in Melbourne’s inner city are lower now than they were five years ago and, consequently, its market is now one of the quickest to access in the entire city.

In Sydney, saving for a unit has far more realistic time frames than for a house, even within some of the most expensive neighbourhoods.

In Brisbane, units in leafy inner-west suburbs like Paddington, Bardon and Red Hill require three years of saving for a 20 per cent deposit. A house in the same area takes 11 years.

A unit in the Perth City region, which includes suburbs like Subiaco and Kings Park, takes just two years and four months to save a deposit for.

What if I really want a house?

Most of the suburbs with the shortest time to save for a deposit are located in the outer areas of the capital cities or in the regions.

Dr Powell said that, while there was nothing new about first-home buyers looking further afield to seek value for money, it was now a more workable option given the increase in work-from-home options since the pandemic.

“Remote working has made this balance easier for those able to adopt a hybrid way of working between the office and the home. For some, this has opened up where they can reside, with more people willing to push further afield from their employment base,” she said.

“This has opened the doors to greater affordability and means some buyers can afford a larger home in an outer suburb. This aligns with the rise in keywords searches on Domain associated with lifestyle, greater space, garden and yard.”

The time it takes to save for a house is shortest in Perth. Kwinana, an outer-western suburb traditionally known for being industrial, would take a first-home buyer 31 months, or two years and five months, to save a 20 per cent deposit.

In south-east Queensland, a deposit for a house in the Gold Coast-North region, which include suburbs like Pimpama, Coomera and Worongary, takes a first-home buyer five years to save for.

On the Sunshine Coast, Caloundra is one of quickest markets to break into but it will still take seven years to save for a deposit on a house there.

In Adelaide, the leafy Burnside region will take first-home buyers 10 years to save for a 20 per cent deposit and, in Hobart, nine years is what the average couple will need to save for a deposit in any of the inner-city suburbs.

Dr Powell said the desire to own a house, in particular, was deeply embedded in Australia’s culture.

“It’s a behavioural thing; it’s always been a sign of success and it still holds true today,” she said. “It’s a real milestone in one’s life.”

Is there a way to get in any faster?

Dr Powell said the the federal government’s First Home Loan Deposit Scheme (FHLDS), which allows a first-home buyer to secure a home loan with a 5 per cent deposit without incurring the added cost of mortgage lender’s insurance, was an option young buyers should seriously consider in order to get on the ladder, faster.

“The clear advantage of this scheme allows access to the property market sooner, shaving years off the time it takes to save for an entry-priced deposit,” she said.

Places are limited, but for those who are successful in their application, the results are clear: in Sydney, it slashes the time to save for a house by nearly six years, from eight years and one month to two years.

Dr Powell said the caps on property prices, which varied from region to region depending on local values, would make it challenging in the more expensive capitals, and it was likely a first-home buyer would still have to look further afield for affordability or compromise on the property type.

She also warned there were financial implications for borrowers using the FHLDS.

“Gaining access to the market sooner could be advantageous for first home buyers, however, a lower deposit will increase the cost of a home loan over its entire lifespan, meaning the borrower will pay more in interest,” she said.

“At the same time, owning 5 per cent in equity could place the borrower at the risk of negative equity if property prices decline.”

It allows individuals to save $30,000 under the scheme, or $60,000 for a couple (this is set to increase in the next financial year). The generally lower tax of a super account makes this scheme appealing.