Buckle up: RBA set to raise interest rates within months 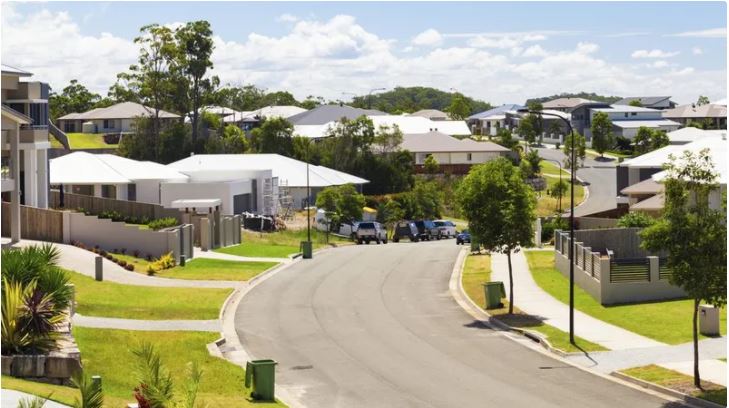 Buckle up: RBA set to raise interest rates within months

New data has forced Reserve Bank of Australia’s hand, triggering expectations of an interest rate rise as soon as next year – two years ahead of RBA’s plan – as international borders reopen.

A rise in inflation figures released by the Australian Bureau of Statistics this week was expected to force an RBA rethink, with experts expecting the central bank to taper off on its uber-stewardship during Covid-19, and open up to the idea of rate rises much earlier than the 2024 date it has been touting.

Over the twelve months to the September 2021 quarter, the Consumer Price Index rose 3 per cent, ABS said, with the most significant price rises coming off new dwelling purchase by owner-occupiers (+3.3 per cent) and automotive fuel (+7.1 per cent).

This as other major central banks change course with borders set to reopen, including the Reserve Bank of New Zealand which this month increased its official cash rate for the first time in seven years (last in July 2014) – with a 0.25 per cent rise that’s expected to slow the speed of the country’s overheating property market.

The RBA has sat on its hands for 130 months without an increase in rates, during which time the housing market has been an absolute powerhouse of activity.

While economists don’t expect the RBA to move immediately on rates, the forecast was for a major change in the next 18 months.

The current official cash rate is 0.10 per cent with the next RBA board meeting set for Tuesday November 2, its second last this calendar year and one that’s expected to shift the tone for 2022.

For now, the RBA Rate Indicator continues to go in the opposite direction to other major economies, on Friday showing a 75 per cent expectation of a decrease to 0.00 per cent at Tuesday’s meeting.

“The ASX 30 Day Interbank Cash Rate Futures November 2021 contract was trading at 99.970, indicating a 75 per cent expectation of an interest rate decrease to 0.00 per cent at the next RBA Board meeting,” it said.

But banks have already begun moving fixed interest package rates higher for terms past the one year mark, including the Big Four – ANZ, CBA, NAB and Westpac – even though they’re at odds over when exactly RBA will hike rates.

CBA now expects the RBA to go up in November next year, instead of May 2023 previously, while NAB believes the first rate rise won’t be until the middle of 2023.

But NAB warned that once the RBA does move upwards though it will trigger “a relatively aggressive series of hikes thereafter to bring the cash rate to 1.75-2 per cent by end 2024”.

CBA’s head of Australian Economics Gareth Aird this week revised the major bank’s forecast for the Australian economy, expecting GDP growth to be 0.5 percentage points higher this year at 3.5 per cent with the unemployment rate to shrink to 4.7 per cent at the end of 2021 from 5.2 per cent expected previously).

CBA expected underlying inflation to be 2.5 per cent/yr at mid‑2022 (from 2.1 per cent previously), which is the middle of the RBA’s 2‑3 per cent target range, and that the central bank would back off on quantitative easing – through which it has bought bonds dampening down interest rates on savings and loans for the average punter – until mid‑May when all bets were on the table for an interest rate rise.

The market has already priced in a 25 bps rate hike for May 2022, according to Stephen Koukoulas

According to former Citibank chief economist and senior economic advisor to ex-PM Julia Gillard, Stephen Koukoulas, the RBA “has been sideswiped by its misread on inflation, the global economy and markets” which should see it change tack come Tuesday’s board meeting.

He tweeted that the market had already priced in a rate rise in May next year.

“A full 25 bps of interest rate hikes are priced in for May 2022 – a few weeks before a possible election day. Implied cash rate is 0.35 per cent.”

Buyers Property Guru Pete Wargent informed clients that “wages growth is still a long way from 3 per cent, so don’t expect interest rates to rise much soon. But you might just start to see fixed mortgage rates creeping a bit higher over the next year”.