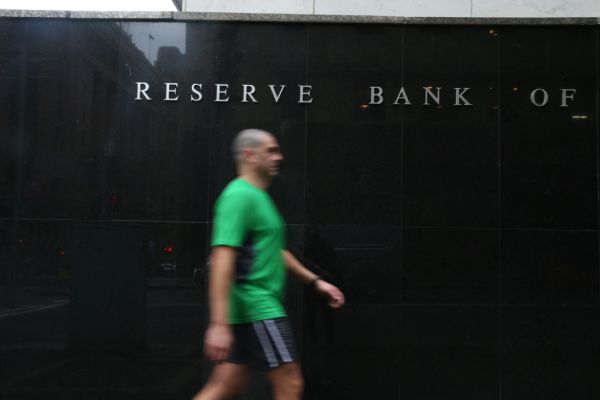 The Reserve Bank of Australia has resisted mounting pressure to push up interest rates much earlier than its planned 2024 hike, and instead kept the magic figure at its record low 0.10 per cent for the 12th month running.

The RBA decision on Tuesday to keep the rate steady came even though all four big banks have hiked their longer-term fixed-rate mortgage products, and as overseas central banks move closer to raising official interest rates.

At its monthly meeting, the board also decided to wind back some economic support by discontinuing its target of 10 basis points for the April 2024 Australian Government bond, citing an improvement in the economy and earlier-than-expected progress towards its inflation target.

Inflation has risen sharply to a headline rate of three per cent, according to the Australian Bureau of Statistics, which is at the top of the RBA’s inflation target band.

That’s been partly driven by rising fuel prices, with a record high of 169.5 cents a litre for unleaded petrol, and sharply increasing rents – nationally up 2.5 per cent over the past quarter on Domain figures, and up by 5.5 per cent to a new record-high median rent over the past year.

There’s also been more demand for goods and services since people have, until now, been prevented from spending much on travel with lockdowns and state and international border closures.

“A lot of that inflation is transitory with all the disruption going on in the economy,” said Justin Fabo, senior Australian economist with Macquarie Bank. “As well as the extra spending, there’ve also been pinch points in the global supply chains which have been inflationary.

“But with every central bank starting to remove monetary support and pushing up interest rates, we can’t stay with these emergency settings too much longer. We can’t justify them. We’ve said rates will rise in 2023, and the markets are already saying that the RBA’s forward planning is dead, and it has to walk away from the 2024 plan.”

The big issue, Ray White Chief Economist Nerida Conisbee said, was how long the RBA could wait for inflation to come down. While she believed it was still too early for the cash rate to be adjusted just yet, it might not be far off.

“With fuel prices, there might be more supply coming on, which will stop the rise in prices,” she said. “The imbalances of the supply chain might work themselves out too. But we’re seeing rents rising – not everywhere, but in many places – which is a big issue.

“A rate rise would affect many home owners. We do have debt levels that have risen dramatically, encouraged by low interest rates, so a rise could be a problem for many people. It might not be a big deal if it doesn’t go up by much but if we look at what happened post-GFC when it really started to ramp up, that can become much more problematic.”

The economy nationally was continuing to recover more strongly post-pandemic than expected so there was less need for interest rate stimulus, Mr Fabo said. Capacity constraints could also continue to put pressure on unemployment figures and wages growth, and perhaps a small interest rate rise wouldn’t have much effect.

“Fixed-rate interest rates have been exceptionally low and there’s been an unusually large share of them in the market,” he said. “Historically, mortgages have been 80-85 per cent variable, and 15-20 per cent fixed. More recently, it’s been more like 50-50.

“Even if there is a bit of upward pressure, they still borrowed at a very low rate. No one, in theory, should have problems servicing their loan unless they hit broader problems, like losing their job or getting divorced.”