The best ways to get rid of dust in your home 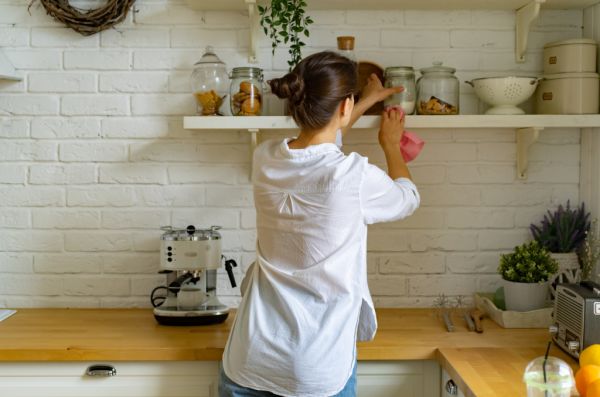 The best ways to get rid of dust in your home

Dust. Even the most fastidious cleaners can’t escape it. That annoying layer of greyish brown filth settles on every surface, finds its way into every nook and cranny, and reappears with monotonous regularity.

With the majority of us spending up to 90 per cent of our lives indoors, we are breathing in dust constantly. So where does this filth come from and what does it actually contain?

Mark Taylor, from the School of Earth and Environmental Science at Macquarie University and Victoria’s new chief environmental officer, spends a lot of time studying the components of dust. He is part of a global research initiative – the 360 Dust Analysis – which aims to obtain baseline data on harmful chemicals in regular dust from households around the world.

According to Professor Taylor, dust is a concoction of all sorts of dubious compounds, some of which originate from pet dander (skin flakes), as well as from our own bodies, such as hair and sloughed-off skin cells. The rest is made up of microscopic airborne compounds that exist all around us, together with the outside debris we track indoors on the soles of our shoes, such as soil particles and remnants of dead insects.

As if these nasties are not enough to prompt you to reach for a dust cloth, did you know another key component in dust is animal faeces?

According to Professor Taylor, 96 per cent of all shoes that walk through a house contain faeces. The majority of this is probably from dogs but may also include the faeces of other animals, such as possums. Once this organic matter enters your home, over time it breaks down and is converted into dust.

Each time this dust is disturbed it gets re-suspended and recirculates throughout the house, picking up more of these nasty substances, before returning back to the floor, in a never-ending cycle.

Along with the environmental contaminants we track indoors, household dust has been found to retain up to 100 chemical pollutants, such as lead and microscopic specks of plastics, many of which are considered toxic to humans.

Of particular concern are the relatively high levels of potentially carcinogenic microplastics found in household dust samples. These compounds are derived from petrochemicals, and, when broken down into tiny particles, settle in the dust around the home. Inhalation and ingestion rates of these microplastic particles were found to be greater in children under the age of six.

As there is still no definitive data on safe exposure levels to these pollutants, Professor Taylor’s advice is simple, “whatever you can do to reduce dust in your home makes sense”.

Tips for reducing dust in the home feather duster

One of the simplest and most effective things you can do is adopt a no-shoes indoors policy.